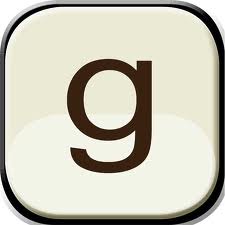 First, GOLDEN BOY finally appeared on Goodreads (go! say you want to read it! add it to a list!) and I had to create an author profile. This was a strange moment for me as I had previously deleted my much-enjoyed reader profile since I love to read and give honest reviews… and I thought that might be less than neighborly as I moved into the author’s village.

Second, I heard second-hand about the self-reviewing author scandal, where an author wrote own-book-aggrandizing comments on Amazon under a fake name and bashed other’s work.

Third, I read an article in the School Library Journal from KidLitCon2012 about Critical Reviewing in the age of Twitter, which scathingly critiques the “epidemic of niceness in online book culture.” They also discuss the Twitiquette of reviewing the work of your personal friends. Both of these arguments intrigued me, especially as I have heard vehement arguments to the contrary: that online reviewing is snippier and more cutting than “real” reviews are. And, as to the second point, I’m part of two groups (the Lucky 13s & the class of 2k13) that exist solely for us to help group-market our debuts… and this does not seem like a bad thing.

And, by the time I’d thought about it three times, I began to really wonder… what IS the deal with reviewing in an online world, one that simultaneously has the potential to be more honest and helpful than the real world and yet is so much more vulnerable to false identities and marketing scams?

I have no answers… I was just curious to start a conversation. Leave a comment below if you have an opinion on this: I’d be interested to hear your perspective!

Author of GOLDEN BOY (2013), THE BITTER SIDE OF SWEET (2016), and TREASURE OF THE WORLD (2021). Published by Penguin Books for Young Readers Find out more at www.TaraSullivanBooks.com Or, follow me on Twitter: @SullivanStories
View all posts by Tara Sullivan →
This entry was posted in Media, My Crazy Life, Writing. Bookmark the permalink.